Re-discovery of an Ancient Healing Method

In the early 1900's, a Japanese scholar named Mikao Usui re-discovered the ancient healing art we now call Reiki. Born in 1865, he developed a deep interest in religion, philosophy, and natural healing and it is quite possible that he studied Buddhist sutras or scriptures, to investigate the healing that was performed by the Buddha. The Japanese Buddhist sutras were translations of the Chinese Buddhist sutras, so Mikao Usui studied Chinese in order to further his knowledge. It is also possible that he studied Buddhist, Taoist and Medical Chi Gong (Qi gong) to learn more about energy healing. However, being unsuccessful in finding anything specfic, he directed his research to the early Sanskrit sutras that were taken to China and Japan when Buddhism spread there.

It is documented that he traveled to America, Europe and China and it is highly likely that he also visited Nepal and Tibet in search of the original teachings. 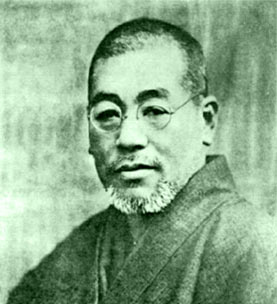 Tibetan lamas have been known to perform miraculous healing and the desire to attain this knowledge, may have inspired him to go there. He possibly found the healing method in Tibetan Buddhist sutras, but although he now knew the theoretical basis of healing, he still lacked the required energy empowerment mentioned in the sutra.

In his search for this energy transmission, he was advised by a Buddhist monk, to practice a specific meditation which involved visualizing, and then merging with a deity representing the great compassion and healing power of the Buddha.

Usui continued meditating until he felt he was ready and then in March of 1921, he finally embarked on a meditation retreat to Mount Kurama. This sacred mountain was dedicated to the same deity he was visualizing and he had also heard about a monk who had experienced a spiritual phenomenon there. After a few days of intense meditation, Mikao Usui resolved to stay on the mountain until he received the empowerment, even if he died in his attempt. On the 21st day, he saw a ball of light emerge from the sky and approach him at tremendous speed. His mind became absorbed by the light which exploded on reaching his forehead. When he emerged from this deep meditative state, he realized something had dramatically changed within him and how he responded to the outside world. Every single cell of his body was saturated with a beautiful and wonderful energy that overflowed into the same sea of energy that he felt outside himself. He could experience the inter-dependent and inter-connected nature of all things and every living being.

Feeling totally empowered, Mikao Usui came running down the mountain and according to legend, in his excitement, he stubbed his toe causing it to bleed. It healed instantly when he touched it convincing him of his gift of healing. Mikao Usui called this healing energy REIKI, the spiritual energy of which we are all a part of.

In April 1921, he established the Usui System of Natural Healing, and dedicated himself to a life-long practice of teaching and healing with Reiki.

He began to heal all the beggars on the streets and had a remarkable reputation as a healer of note with the Royal Family and others in the community. One day, he saw that the beggars he had healed were back on the street. He asked why they were begging when they had been healed, and they answered it was easier to beg than to work.From that day, apparently he would walk the streets with a lantern on his shoulder, and if people asked what it was about he would say if they wanted to take charge of their life, and they wanted light in their life, then they could follow him. They had to choose to do this and they had to value it. He began to charge (what a person could afford) for attunements and treatments, unless they were those in service to the community (such as monks, nuns, etc).*